Dual booting with Windows 8, not as painful as expected.

By Roger - February 01, 2014
Over the last several months I've gone through a few different computers. Some of them had severe hardware flaws, such as the wretched track pad on the HP Envy, or the critically flawed WiFi on an Asus that wouldn't allow me to connect to certain secure networks. The HP Envy came with dual one terabyte hard drives, and my intention was to use one drive for +openSUSE and the other for Windows. I ultimately managed to trash the machine, and sent it back since I was unhappy with the way some of its hardware was anyway (yes, the trackpad was that awful). For many years I've been running openSUSE exclusively, and finally decided on dual boot since I wanted to play some of the amazing games I've seen. At last I settled on an excellent balance of hardware in my +Sony Vaio Fit 15.

After having trashed the HP before, and reading various horror stories I was reluctant to dive right into attempting a dual boot again. This reluctance seems to have been unjustified. Fact of the matter was in my previous attempts I was trying to preempt potential problems, and wound up creating problems I would likely not have had otherwise.

The skinny of the matter is that under the hood, there are massive technical differences when dual booting a system using UEFI and GPT as compared to the familiar BIOS and MBR. However, to the average user the process of installation is about as straightforward as ever. In fact, there are only a few exceptions assuming your UEFI machine isn't buggy.


Any other problems are going to be specific to your hardware or OEM.

Special thanks to nrickert from the openSUSE forums. 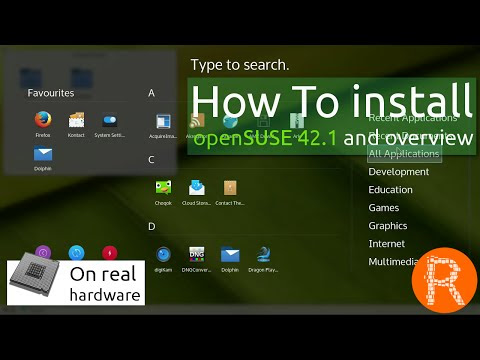 Questions and preamble As has become normal, the FOSS/Linux community is peppered with anxiety over yet another major change to the tech landscape issuing forth from Redmond. With the release of Windows 10 comes a great many questions for the thoughtful, and this is especially true for our very own Linux communities. With gratitude we can recall our own past relief upon discovering that UEFI and Secureboot are not the herald of the end-times we had feared them to be. That being so does not however relieve the question of safely upgrading our dual-booting computers to Windows 10 without losing our ability to run Linux in tandem.

Excitement for Windows 10 was largely absent in me. I had grown quickly comfortable to the Windows 8.1 work-flow as it shared some similarities in those key areas which I had already grown to love in the GNOME Shell. Further, Windows served a role limited to usage for proprietary software that I deemed not sensible to coax into service on a Linux OS. However…
Read more

Life without Netflix, streaming on Linux can be awesome!

By Roger - March 24, 2012
For all the hype around Netflix it is easy for us Linux users to forget there are alternatives. Its not that Netflix is (debateably) the best, but rather its the most widely used that causes us to neglect the numerous options that are actually available to us. In this article I want to present some of those alternatives, and how they hold up against Netflix. One caveat however is that I cannot fairly compare the variety and quality of the programming selections of each service seeing as the former is too large to parse, and the latter is inherently subjective.

First off, when we are talking about Netflix we should consider why it is that it is so dominant. The opinions will vary, but I'll present my analysis. Hands down, Netflix has the largest selection of streaming movies, but that is where its superiority ends. Though there are many services, most are either too narrow, too expensive, or lack content; thus I will not cover them since we are looking for a replacement to…
Read more

By Roger - April 04, 2012
When I started this blog, I intended to make it my step by step log of the trials and fixes experienced in openSUSE so that it may be a benefit to others. However, when I first tried 12.1 with KDE it was such a terrible experience that I rolled my machines back to 11.4. But this time I went with Gnome instead of KDE; since I had experienced some of the speed improvements in the newer KDE I knew that rolling back would make it seem even worse than it really was. And in any event, I needed the experience with Gnome in order to help others. Indeed, I learned the Gnome way and it was good. Brilliant actually, we have a FANTASTIC Gnome implementation. But now, I have recently acquired a new (to me) laptop with which to be a little more risky and experiment on. So, after trying a few distros I have come back to openSUSE 12.1, but this time with Gnome 3. And I must say, it is fantastic.
One thing I feared with Gnome 3 was losing some of the functionality and refinement of Gnome 2 in openSUS…
Read more